In this article, let’s take a look at bodybuilder Dorian Yates Biography. If you are an aspiring bodybuilder or a fitness enthusiast then it is always inspiring to read the biography of bodybuilders because that reveals their hard work and struggle.

There is no doubt that Dorian Yates is one of the world’s most successful bodybuilder of all times, but how did he do it?

Dorian Yates is one of the top bodybuilders in the history of pro bodybuilding. He has won the prestigious Mr Olympia title 6 times, during 1992 to 1997. 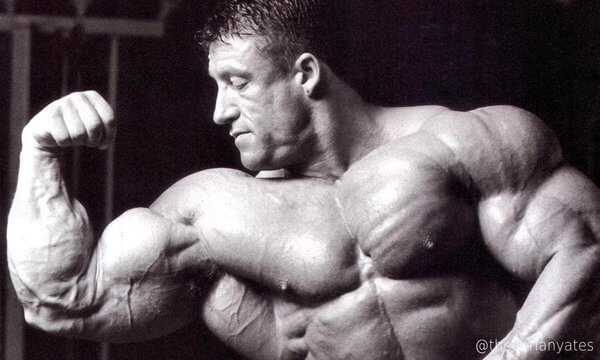 He changed the whole perspective of training. His philosophy of Heavy Duty training became popular among bodybuilders.

Pro Bodybuilders make a lot of money from this profession and Dorian is one of the top richest bodybuilders in the world.

Dorian’s popularity helped him get a nickname “The Shadow”.

The reason behind the nickname was that during the 90’s almost all pro bodybuilders were giving their best shot to come up in the spotlight. Everyone wanted to be photographed for magazines and more.

Whereas, Dorian was the opposite. He used to avoid getting in the spotlight.

Hiding in the SHADOWS was more like his personality. He would just avoid every opportunity to be viewed as a star.

As soon as there would be a competition, he would come out and steal the show right-away.

He would just go and conquer the stage and come back with a shining trophy.

Dorian Yates VS Other Bodybuilders

While Dorian avoided being photographed, his opponents loved living the celeb life.

When other bodybuilders would be enjoying the Californian Sun, Dorian Yates would be sweating hard in the gym.

His aim was to improve each day. He just wanted to be better than all the other bodybuilders and he worked hard to achieve that.

He used to workout in his own basement gym that looked almost like a dungeon. It was Temple Gym.

Back then, his Temple Gym was just an old school gym with rusty-looking heavy weights. This was exactly what he needed.

This type of consistent lifestyle helped him win titles.

Dorian Yates workout routine was different from other bodybuilders and that is why he could become the greatest bodybuilder of all times.

His opponents were busy playing the celebrity lifestyle and Dorian was busy working out to win titles.

It seemed as if other bodybuilders were just not exploring their full potential.

Temple Gym was founded by Dorian in 1987 and now it is a popular gym among aspiring bodybuilders and fitness enthusiasts. 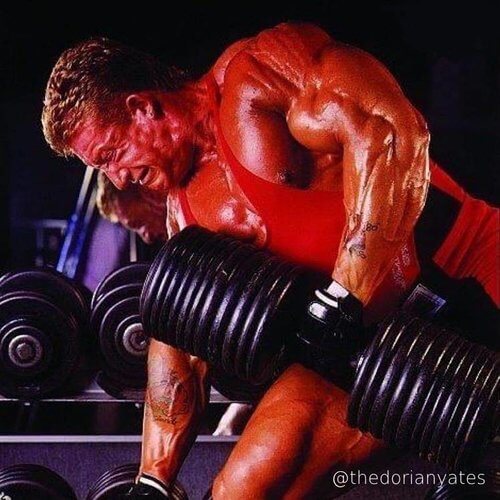 Dorian Yates trained like hell in his Temple gym and the reason was that he had the mindset of a winner.

He wanted to give his 100% so that he could be undefeated on the stage.

His passion towards bodybuilding helped him gain many admirers all over the world.

Throughout the year, whenever he would step out of the gym, he was always fully covered in baggy t-shirts.

However, the moment he would step on the stage, he would flaunt his perfectly buffed body.

Now let’s see how he started his bodybuilding career.

Dorian Andrew Mientjez Yates, commonly known as Dorian Yates is a former English pro bodybuilder. He was born in Solihul, England on April 19, 1962.

When he was 13 years old, his father succumbed to heart attack. Then Dorian moved to Birmingham with his mother.

By age 19, Dorian joined a group of skinheads. In the late 80’s skinhead culture was associated with far right nationalism.

However Dorian started hanging out with skinheads in the late 70’s and early 80’s, at that time it was more related to punk music culture.

In 1981, riots broke out in Britain and Dorian was a part of that.

They were known as The Handsworth riots and they started in Birmingham. They were actually a reaction to Brixton and Toxteth riots.

Yates and some of his friends even got arrested for damaging a tailor’s shop. The court found him guilty and sent him to a youth detention center for 3 months.

These 3 months were the life-changing time for him. He did not want a life of crime, so he started focusing on bodybuilding.

He became so serious about bodybuilding that he decided to make it his career.

After just 3 years of started training, he became the British Champion in bodybuilding.

In just 11 years, he became the best bodybuilder in the world after winning the Sandow trophy.

Bodybuilding career is one of the most important part of Dorian Yates biography. 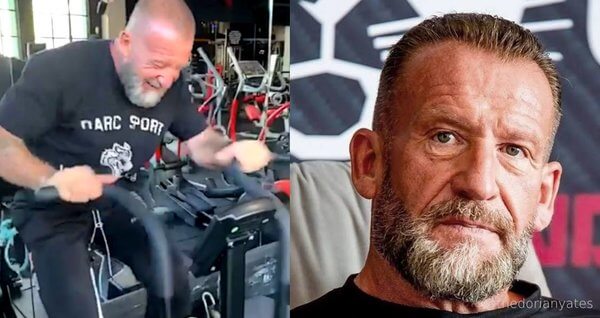 He had his own style of training which was very different from his opponents… may be that was the reason why he was the best.

Mike Mentzer and Arthur Jones, developed a High Intensity System of training and Dorian followed that.

Although, his workout sessions were short, they were so on point that it helped him gain amazing muscle mass and buffed physique.

Even today bodybuilders prefer following the type of training where they have slow sessions that last for many hours.

One of the biggest achievement for Yates was that even after not being an American he still won the Mr. Olympia title.

While most of the other pro bodybuilders who participated in the Mr Olympia were Americans, Yates was a British bodybuilder… and he won!

All the other non-American bodybuilders moved to the US to train and compete, but Yates stayed back in the UK.

He used to train in Birmingham in his own gym, with his own style. After that he would just go to the US to win the championship.

Dorian was breaking all records left right and center. His physique was the ideal for bodybuilders and his opponents could just not get to that point.

He become the first mass monster in the history of bodybuilding.

This means he gained so much of muscle mass that it literally looked impossible for others to achieve that target.

The year 1990 was the time for Dorian to participate in his first pro bodybuilding championship. That competition was “The Night of Champions”.

He ranked second in that championship, the first position went to an Algerian bodybuilder named Mohammed Benaziza.

The following year, he again participated in the same competition and this time, he won it.

In the same year 1991, he participated in the Mr Olympia competition for the very first time. At the time, he lost to Lee Haney who was an eight time winner.

After the 1991 Mr Olympia, Lee Haney announced retirement and that was the opportunity to scale big and Yates did exactly that.

His opponent was Kevin Levrone, who was also a great bodybuilder, but Dorian defeated him and became the first Mr Olympia from Britain.

This was just the start because after that he never lost any bodybuilding competition.

Dorian Yates won a total of 13 bodybuilding competitions between 1992 to 1997.

Just as his nickname “The Shadow”, he would be hiding all the time and then surprisingly enter the competitions at the very last minute… just to win.

This means that he was on steroids during all his Mr Olympia competitions including his final competition.

The good thing is that he has been honest about using steroids.

Most of the bodybuilders use steroids but they never admit it. 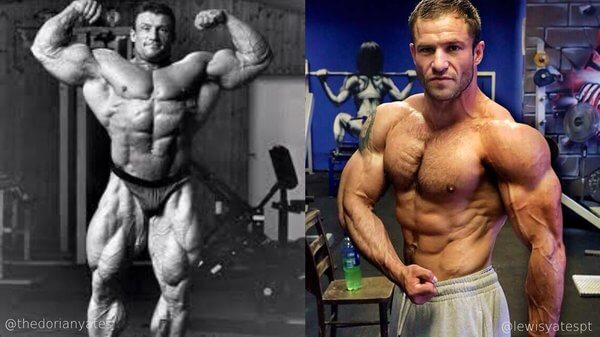 Dorian Yates biography cannot be completed without talking about his retirement from his bodybuilding career.

After winning his final Mr Olympia in 1997, he announced his retirement and the reason was an injury.

Post retirement he opened multiple gyms all over the world.

He even collaborated with many supplement manufacturing companies and even released a few autobiographies.

He married a fitness model from Brazil, Gauce “Gal” Ferreira Yates and he also has a son from a previous relationship, Lewis.

Lewis Yates is also an aspiring pro bodybuilder. Clearly, he is following his father’s footsteps.

2 thoughts on “Dorian Yates Biography: Making of ‘THE SHADOW’”