Henry Cavill “Superman” has jacked muscles that are an inspiration for all bodybuilders and you want to know the secret behind the onscreen hero’s physique, then in this article, we will reveal all the facts and proofs.

Henry has one of the most aesthetic bodies in the entertainment world. He is bulky and weighs around 100 kg (220 lbs) but his body fat percentage is very low at around 8% or 9%. 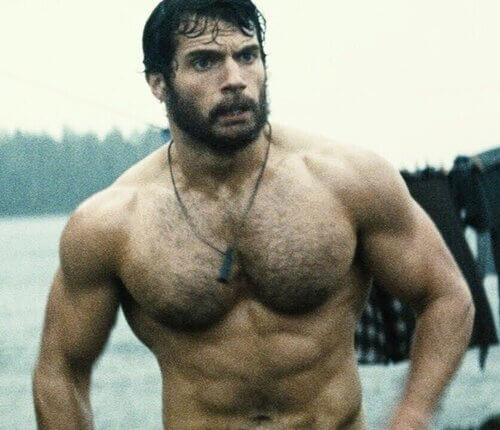 However, this gave trolls a reason to raise doubts and questions like… Did Henry Cavill take steroids? Has he used anabolic steroids for bulking?

Generally, people use a testosterone booster to get that look and the number one supplement available today is TestoPrime.

His muscles look so defined. Henry Cavill played Clark Kent on-screen so did he use steroids to get that bulky physique or he really has Superman-type genetics? 😉

Now let’s stop playing around with comics and get real to find the truth:

For the movies, Man of Steel and Batman vs Superman, Henry Cavill did special training to build his muscles. His personal trainer was Mark Twight. He is a famous fitness instructor and also the creator of the famous exercise routine “300 Workout”.

Mark Twight is a celebrity fitness trainer. He knows the positives and negatives of the celebrity he is training. He uses their physical strength and their body’s capacity to bring out them on-screen. 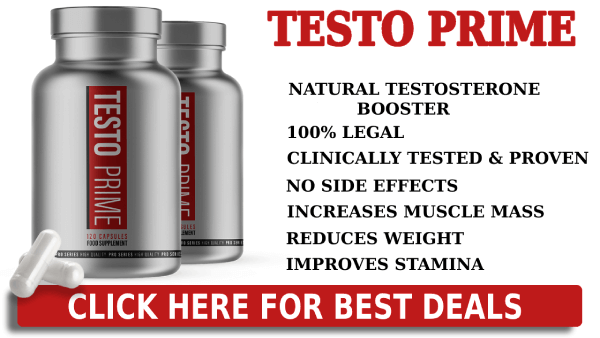 After the release of Man of Steel, Henry was asked about his fitness transformation and how he did it and he mentioned Mark. Also, he spoke about their first meeting.

He told that Mark asked him a lot of questions about his goals and what he wants to achieve. Mark also asked him if he wants to take steroids or HGH. Henry denied it completely and said that he wants to do bodybuilding naturally.

This was the reason why Mark agreed to train Henry because he does not believe in using steroids for bodybuilding. He believes in being natty and still looking your best.

This is very interesting because Henry Cavill, spoke about steroids himself. Even before anyone pointed out a finger at him for taking steroids, he denied it.

Usually, a steroid user tries to stay away from even mentioning juicing or steroids because one question could lead to another, and then it can create doubts and spoil your image.

On the other hand…

A person who is natty likes to boast about it all the time. They want the whole world to know and appreciate that they are natural because they are proud of themselves and their hard work.

So, if Henry Cavill says that he is natural and stays away from steroids or HGH, then it is believable. He is famous, if he is caught lying, people are going to grill him hard.

Let’s check out more evidence to back Henry’s statement…

Keep in mind, transforming your body and getting a physique like Henry Cavill is achievable without steroids.

In fact, many superstars these days have a bulky and toned physique. They are working hard to build muscles. Find out if Chris Evans takes steroids or not?

Henry is very professional when it comes to transforming his body according to his on-screen characters. Mark trained Henry for 11 months.

After training for the first 5 months, Henry started filming for Man of Steel so he had to maintain his gains for the next 6 months during the filming period.

Mark helped him gain around 20 lbs during the first 5 months. It seemed like he became a natural bodybuilder from an athletic-looking celebrity.

This was not the first time for Henry to transform his body. 2 years before Man of Steel, he did another film Immortals and in that film, he played the character of Theseus.

Take a look at his transformation in both the films:

It looks like his body fat percentage also increased from 7% to 9%.

Gaining 15 lbs of lean muscle mass is a big thing because it just changes your overall appearance. Also, it makes your muscles look more defined.

Mark Twight also spoke about his student’s achievements. He said that while training Henry managed to do:

He himself only weighs around 100 kg (220 lbs) and does such heavy lifting. That says quite a lot about his commitment to his work.

Body transformation like Henry Cavill is possible for a Natty

Gaining 15 lbs of muscle mass in 5 months is not difficult if you follow a strict fitness and training routine.

All you have to do is just follow the right kind of exercise that is customized for your body.

If you start from a low-volume circuit training and gradually increasing it to heavy-volume training for up to 2.5 hours per day combined with intense lifting then you can easily pack in a lot of muscle mass.

This low-volume circuit training is similar to what he did for gaining muscles during his film Immortals¹.

The key to his fitness and amazing build was the famous Henry Cavill workout routine that he followed diligently.

Months before starting to shoot any film, Henry hits the gym and works on his body. This is the reason why he looks like a Super-human onscreen.

The most important thing for a natty is diet. If you want to gain muscle mass then it is important to eat food that is high in calories so that you can easily pack in those muscles.

Also, if you have a trainer who guides you to build muscles naturally then you can do it without steroids. So, choose a trainer wisely.

If you train hard, you should eat hard as well otherwise, your body will suffer.

Henry’s diet typically consisted of 5,000 to 6,000 calories per day. This was essential for bulking up.

If he would have not had such a high-calorie intake and kept doing his high-volume training, then his body would have exhausted from being over-trained.

If someone consumes such a high amount of calories without doing a workout then that person is bound to get overweight. However, as Henry was training like a beast, he gained muscles rapidly.

Another important thing is that when he trained intensely and ate a lot, that helped him sleep better. Over-eating has a sedative effect on your brain. This means it makes you lazy and releases melatonin (the hormone that induces sleep).

According to Mark, it was essential was Henry to get adequate sleep so that his mind and body can relax after that strenuous workout routine.

Mark told Henry to sleep for at least 10 hours every night. This would boost natural testosterone and human growth hormone levels in his body.

Also, if the high-intensity workout is combined with a lack of sleep then it can increase the levels of cortisol in your body. This is the stress hormone. When this hormone is more in your body, you feel more stressed and strained.

Following the instructions of Mark, Henry slept like a baby. This helped him recover faster and his body responded well to the training.

Both Henry and his trainer Mark have clarified that Henry Cavill did not take steroids and he is natty.

Many people believe that high-intensity training does not help in bulking up but that’s not the truth.

If you look at Henry’s training routine then you can notice that he used to exercise for 6 days a week, 2.5 hours a day and he continued this routine for 5 months.

Now, all this workout combined with a heavy calorie intake will give amazing bodybuilding results. Also, looking at Henry’s big build, it is quite clear that he has strong genetics that obviously helped him gain muscles.

Another important thing to keep in mind is that he does not show any side effects of steroids on his body. These side effects are:

You can use Henry’s transformation as a perfect inspiration for yourself. You can also get big while being natty. Steroids are not necessary to gain muscles, you can do it naturally.

Testosterone is extremely essential for muscle gains. If your test levels deplete you can just not be at the best of your health.

The best way to increase and maintain your T-levels is by using a natural test boost like TestoPrime.

TestoPrime is a powerful supplement that is clinically proven to boost the production of testosterone in your body naturally without side effects. It is made from 100% legal ingredients so you will not have any issues consuming it.

In addition, TestoPrime contains only natural ingredients and no synthetic hormones, chemicals, or fillers. All these ingredients are proven to give rapid results.

It increases your muscle mass and improves your endurance and stamina so that you can have better workout sessions in the gym. Also, it helps to reduce weight and improve your focus.

If you also want to get bigger naturally without steroids then you can try a steroid alternative supplement.

There are many different types of steroid alternatives available these days. The reason is that more and more people are trying to move away from steroid use. People want to increase muscle mass and they want to do it naturally.

One of the most trusted and the number one supplement available in the market for the last 5 years is Crazybulk D-bal.

Crazybulk D-bal is the legal alternative to Dianabol. We all know the potential of Dianabol, it can give you massive muscle growth. But it causes side effects.

That is why you should avoid using Dianabol as much as possible. As far as its alternative Crazybulk D-bal is concerned, it is a 100% natural product.

It is available in the form of capsules so no injections are required. Also, it does not cause any side effects because it is made from organic ingredients that are clinically tested.